How Does The "Selfie Culture" Affect Young Women Today? 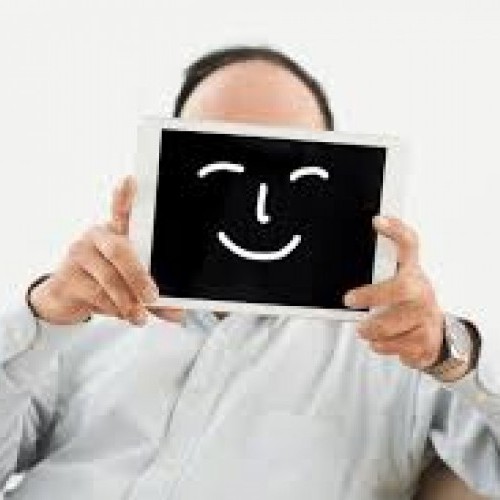 anonymous | 4 subscribers
498   4 years ago
One of the thing that strikes me as significant about selfies is that you have the ability to see what you look like in your picture as you're making the photograph. One of the things that I think is pretty striking is that the photos in which I think I look the best, my husband, my mom, people I love, think, "That doesn't really look like you." And pictures that they love, I think, "Oh, I don't know. My cheeks look too round." Or, "Don't I look kind of geeky." Or there's something that I don't like about it.

It occurred to me that what they see when they look at images of me that they like, they see the real me, and by looking at those images, images taken by other people, I have the opportunity to see how they see me.

What's worrisome about selfies is that ability to sort of edit yourself, edit your expression, edit your pose to conform to what you think other people want to see in you. That seems worrisome to me because I think it invites a self reflection that I'm not sure is healthy, and I think it's good for us to have the opportunity to see ourselves through other people's eyes because I think, ultimately, when we have the chance to see ourselves through someone else's eyes, it's something like seeing ourselves through God's eyes because I think young women and young girls have so much pressure on them to look a certain way, to make certain facial expression for photos that they put on the internet. The duck face, of course, being one of the examples, or the skinny arm pose.

I think we miss out on an opportunity to be who God made us to be when we are overly invested in crafting an image to conform to the image that everyone else is putting out there, and I think that has kind of a flattening effect on the rich individuality of every human being, and I think that's sad. It's sad to me when you see sort of the cliché pose, the skinny arm, the duck face, the lifting the chin. It's not natural, and I think natural is beautiful, and celebrating who God made you to be is beautiful.

Maybe it's just the case that we take too many images of ourselves and constantly having to look at photographs of yourself maybe isn't even something we're supposed to do. There's probably good reason why certain fringe religious communities, such as Amish and plain Mennonite, would not have mirrors, would not use photographs because in a sense, it's maybe not healthy to dwell too much on how we look.