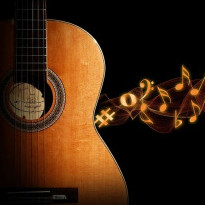 Appalachia | 2 subscribers
228   3 months ago
The WW3 Nuke Song © D.N.W. This is a modern original Christian song.
LYRICS >
V1:
Livin’ and dyin’ well God knows we’re tryin’ to
reason with madmen who want to rule as Kings
Killin’ and wreckin’ the lives of civilians
with invading armies who start World War Three

Chorus:
Sometimes I think they’re gonna nuke us all
and just to destroy what they can’t steal
Jesus, when you come for us I pray it’s soon
and well before you break the scroll’s first seal

V2:
There have been madmen who lusted for power
and surged against nations that stood in their way
History remembers the evil they bred and the
utter destruction and innocents they slayed

V3:
Who would be next to ascend to The Throne of
Insanity that’s home to all the depraved?
Caressing buttons of doomsday destruction
while thinking they’re going to succeed with their hate
Tags: the ww3 nuke song christian hymn hymns new song songs dwcrooner country gospel music video videos appalachia hd high definition